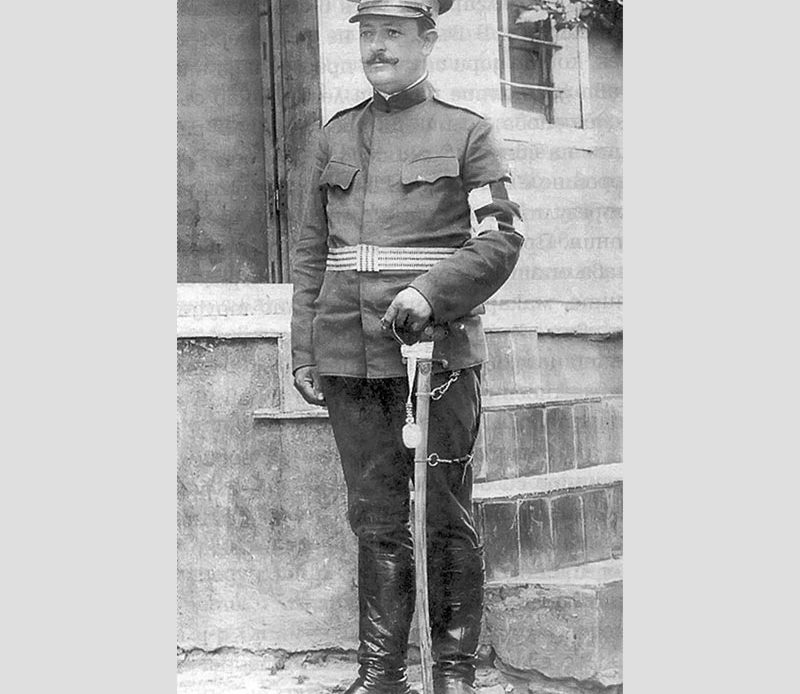 Stamen Grigorov (Bulgarian: Стамен Григоров) (October 27, 1878 – October 27, 1945) was a prominent Bulgarian physician and microbiologist. He discovered the Lactobacillus bulgaricus bacillus, which is the true cause for the existence of natural yogurt.

Stamen Grigorov was born in the village of Studen Izvor [bg] (lit. “Cold Spring”), Tran, Pernik Province, Bulgaria. He completed his secondary education in natural sciences in Montpellier, France and medical science in Geneva, Switzerland. In 1905, at the age of 27, Dr. Grigorov made the discovery, for which he is best known. In the microbiological laboratory of Professor Léon Massol in Geneva, he discovered that a certain strain of bacillus is the true cause for the existence of natural yogurt.[1]

In recognition the strain was called by the scientific community Lactobacillus bulgaricus.

His further research carried out in many institutes worldwide proved that Bulgarian yogurt helps in the treatment of various diseases and conditions like infections, otic-rhino-laryngeal diseases, tuberculosis, stomach and intestine conditions, ulcers, some gynecologic diseases, fatigue, etc. These prophylactic and curative properties of Bulgarian yogurt are due to the rich vitamin content including B1, B2, C, A, D, E, PP, B12, as well as lactose, proteins, and other important stimulating substances.

Yogurt in its original variety can be produced only in Bulgaria and in some neighboring regions on the Balkan peninsula. In other natural climatic conditions, the bacteria quickly degenerate, lose their qualities and die.

Apart from the discovery of Lactobacillus bulgaricus, Dr. Grigorov made a major contribution to the creation of an anti-tuberculosis vaccine [the vaccine is the main work of calmette e Guerin -Pasteur institute-]. On 20 December 1906, in Paris in issue No. 104 of the “La Presse Médicale” medical journal, was published his scientific report “The Anti-tuberculosis vaccine”, which informed the scientific community about the results of his research into the application of penicillin fungi for the treatment of tuberculosis [important to clarify that the term vaccine is actually quite different from treatment, that is what the article is talking about]. After the publication, the scientific community expressed serious interest in Dr. Stamen Grigorov’s vaccine [treatment]. Through his scientific experiments “in-vitro” and “in-vivo” on lab animals and later on human patients, Dr. Grigorov clearly demonstrated and described the healing effect of penicillin fungi in the treatment of tuberculosis.