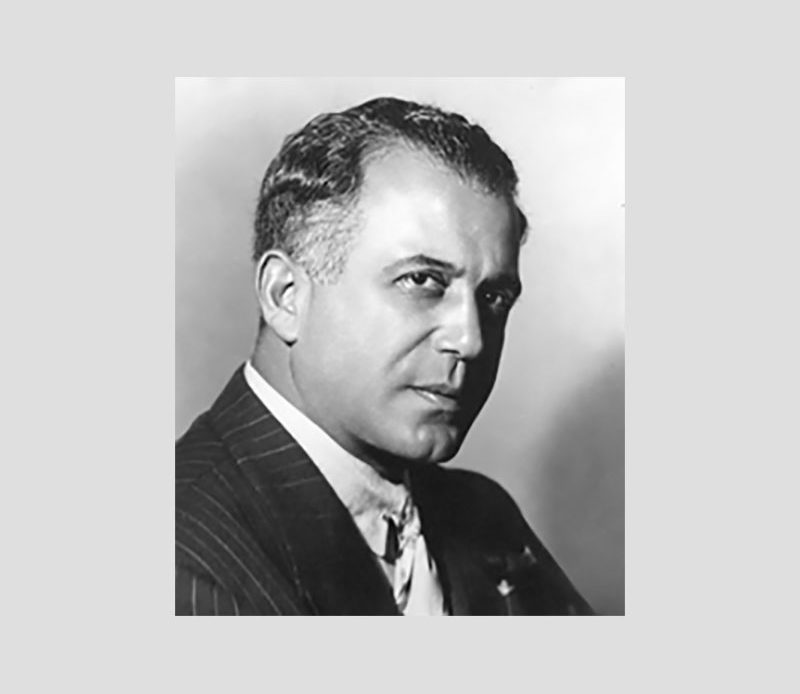 Assen Jordanoff is also known as “Jerry” (Bulgarian: Асен Христов Йорданов) was born Asen Hristov Yordanov, September 2, 1896, in Sofia, Bulgaria – d. October 19, 1967, White Plains, New York) was a Bulgarian inventor, engineer, and aviator. Jordanoff is considered to be the founder of aeronautical engineering in Bulgaria, as well as a contributor to the development of aviation in the United States.

He occupied a distinct place among pilots of his time, the golden age of airmanship; in America, Jordanoff gained almost legendary status for his many roles as test pilot, airmail and air taxis pilot, stunt pilot, and flying instructor.

He worked as an engineer for a number of companies, including Curtiss-Wright, Boeing, Lockheed, North American, Consolidated, Chance-Vought, Douglas and Piper, where he produced instruction books and manuals for famous airplanes such as the Curtiss P-40 Warhawk, the Lockheed P-38 Lightning, the North American B-25 Mitchell, the Boeing B-17 Flying Fortress, the Consolidated B-24 Liberator, the Boeing B-29 Superfortress, and the Douglas DC-3. Jordanoff was also well known for his numerous educational publications on aeronautics, including his inventions outside the realm of aviation.

In the 1930s and early 1940s Assen Jordanoff wrote a number of illustrated books on problems of aviation, which became a Bible for future aviators. More than 750,000 copies of his books were sold in the US. Some of them were translated in other languages.

After 1940 began a major period in Assen Jordanoff’s career. During the next ten years, he established and presided over his own business enterprises: The Jordanoff Aviation Corporation, followed by The Jordanoff Corporation and then The Jordanoff Company, before the creation in 1946 of Jordanoff Electronics. In aeronautics, the Jordanoff companies collaborated with such firms as Douglas, Chance-Vought, Lockheed, Curtiss-Wright, McDonnell, Boeing, North American, Consolidated, and Piper.

At the request of many, Assen Jordanoff, as a designer and engineer within his own enterprise, compiled instruction books and manuals for the operation and maintenance, inspection and repair for some well-known aircraft such as the Lockheed P-38 Lightning, a very versatile aircraft used during World War II mainly as a high-speed, high-altitude fighter, long-range escort fighter and photo-reconnaissance plane; the Curtiss P-40 Warhawk, America’s foremost fighter in service when World War II began; the Boeing B-17 Flying Fortress and the Boeing B-29 Superfortress, the best long-range bombers in World War II; the Consolidated B-24 Liberator and the North American B-25 Mitchell bombers, and the Douglas DC-3 transport aircraft.

A very important activity was the preparation and the distribution of thousands of copies of descriptive books and practical manuals for aircraft. Jordanoff also became renowned for his many articles and publishing on aviation, as well as his commentaries and editorials. He was presented as a prominent authority on all the areas of aviation. Jordanoff eventually became the largest American publisher and editor of specialized military manuals.

In the 1940s Assen Jordanoff was assigned the task by the United States Department of Defense to prepare instruction manuals for military aircraft, submarines and aircraft carriers, on topics like land support with radio equipment, air meteorology, theoretic and flight preparation of the pilots for diurnal and nocturnal piloting. These were for crew use, inspection, maintenance and repair.

Aside from his many patents on plane design, Jordanoff also introduced the so-called Jordaphone from his Electronics company, a wireless telephone, with an answering function and amplifier and intercom functions. It was the first of its kind, and preceded the modern inventions of the answering machine and tape recorder by 5 to 30 years. Another invention was the Frozen Gasoline System for airplanes.

The idea was to super-cool the fuel in an aircraft’s tank with dry ice and alcohol, thus making it inflammable. This system was never finally implemented, but its principles were later adopted in different forms. Further inventions of note included The Reverse Thrust device, which was made to decrease the specific fuel consumption and to increase the thrust of jet engines. The world’s first air bag, meant to ensure the safety of pilots and automobile drivers alike, was designed by Jordanoff in (1957).[citation needed]

The Stratoport resumed Jordanoff’s interest in aviation. A special company was established: The Stratoport Corporation of America (1956). It owned the patent issued for a field of two unidirectional no-cross runways, set end-to-end and elevated to slow-down planes that are landing and to speed-up those taking off. The runways were screened by high perforated fences that reduced crosswinds. The high screens were also expected to reduce the noise as well as the elevated ends to reduce the length and the area needed for runways. Nonetheless, as was the case with the Jordaphone, the new concept was too ambitious and modernistic.

Jordanoff’s popularity in America became almost legendary, as he was often the subject of many anecdotes and arguments. Assen Jordanoff was made an honorary citizen of New York City, his name appeared in Who’s Who. The Smithsonian National Air and Space Museum holds his papers and mementos.

Assen Jordanoff died October 19, 1967, aged 71, in St. Angels Hospital in White Plains, New York. His ashes were dispersed from a plane by some of his friends.

Jordanoff Bay in Davis Coast on the Antarctic Peninsula, Antarctica is named after Assen Jordanoff.[3]